This blog is no longer actively updated. You can now find us at http://poetscollective.org/poetryforms/.

Zejel
The zejel is a Spanish form which my Spanish friends have not heard of. They tell me though that it is pronounced the-hell, with the stress on the second syllable. (How the hell do they know?)
My example in this form is about how men can't help thinking about sex. I hope this doesn't offend anyone, and get me a reputation as a male chauvinist pig. As I'm always saying, the opinions expressed in the poem are not necessarily those of the poet himself. (See also my Masefield parody.)
I checked on the web how many times a day men are reputed to think about sex. The consensus seemed to be that it was about 200. The lowest figure came from the Ladies Home Journal, which said "4 or 5". The highest came from the film Simply Irresistible, which says 278 - apparently it uses this as a running gag. (One site actually topped this with a claim of "every 8 seconds", which works out at 450 times an hour, but I think that writer may have been shooting from the hip, as it were.)
Anyway, here's the poem:
Proposition

Mostly, sex tops men’s agenda.
I’m not one to buck the trend - a
Red-blooded repeat offender.

Hurrying for the morning train,
Spirit not damped by teeming rain,
There’s only one thing on my brain:
All the time I think of gender.

At the office, deep in filing,
Boredom on frustration piling,
Even then, a woman smiling
Makes me feel all warm and tender.

Are you female and eighteen plus?
A good sport and adventurous?
We have a great deal to discuss.
Come back to my hacienda!
The first stanza, known as the mudanza, has three lines, rhyming aaa. All the other stanzas - as many of them as you like - have 4 lines, rhyming bbba, the a rhyme harking back to the first stanza. So the overall rhyming scheme for the poem is aaa/bbba/ccca/ddda/...
Colloquial language tends to be used, and 8-syllable lines are usual (though not obligatory), so that's what I've used here. I have interpreted the term "8-syllable line" to mean "a line with 8 syllables", and I suggest that you should do the same. However, in Spanish poetry syllable-counting works differently, and the term "8-syllable line" is liable to be interpreted as "a line in which the last stressed syllable is the seventh"; such a line might have 7 syllables, or 8, or 9, or even more. (I wonder whether the Spanish write haiku?)Pasted from <http://volecentral.co.uk/vf/zejel.htm>

Thanks to Bob Newman for his wonderful Volecentral resource site. 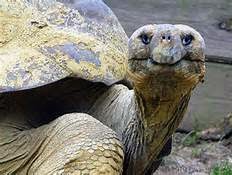 The tortoise lived out on a heath
with only sage to hide beneath
his home he never could bequeath.

While I am taxed for my household
and pay and pay until I'm old,
and shall until I'm dead and cold
and I'm ensconced beneath a wreath.

My brilliant smile was once okay,
before my teeth all went away;
my progeny will have to say,
"He kept his house but lost his teeth."

Posted by Lawrencealot at 3:33 PM